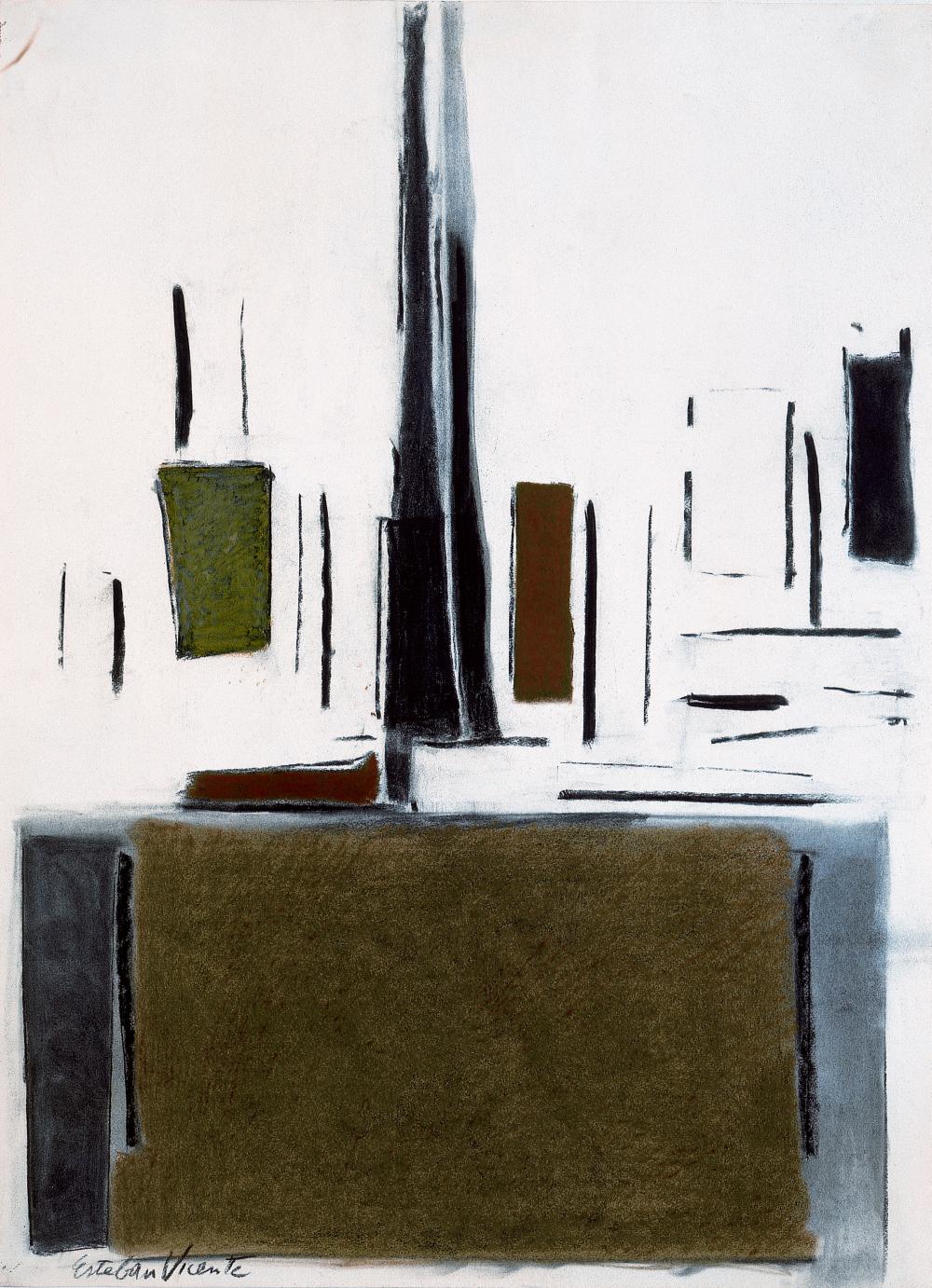 For Esteban Vicente drawing was essential for the creative process of an artist, although not only as a preliminary study but as a tool for the understanding reality and as a useful instrument to define their own poetic inspiration. With that resolve he succeeded in producing drawings with a characteristic pictorial quality. During the 1970s his drawings were more like oils through the spaces, forms and rhythms, giving us a glimpse of the way in which he commands the use of all technical resources.
The series of drawings produced between 1976 and 1977 specifically demonstrate the preoccupation of the artist to “remove rather than add” and, as can be seen in this piece, the number and texture of the patterns are much reduced, thus moving towards minimalism. The floating forms can configure the minimalistic space, modulate and structure it. Esteban Vicente resorts to a combination of geometrical forms with simple lines that are reminiscent of the slender sculptures by Giacometti. The line of the drawing has been reduced to its minimum expression. This work shows a construction of the space using colour organised in squares and rectangles, many of which appear to float serenely over the surface that supports them. There is a depth to this piece that is owed to the legacy handed down through the different artists of the cubist movement, such a Juan Gris, whose clear, delicate and elegant lines, as well as his concrete meaning that Vicente Esteban admired and which had already influenced his work during the 1940s.
Influenced by his personal experiences during this period, the artist preferred sombre tones and explored the colours black, white and grey achieving variations in their density, and although the sombreness was maintained, the colour still attracts the attention of the viewer.