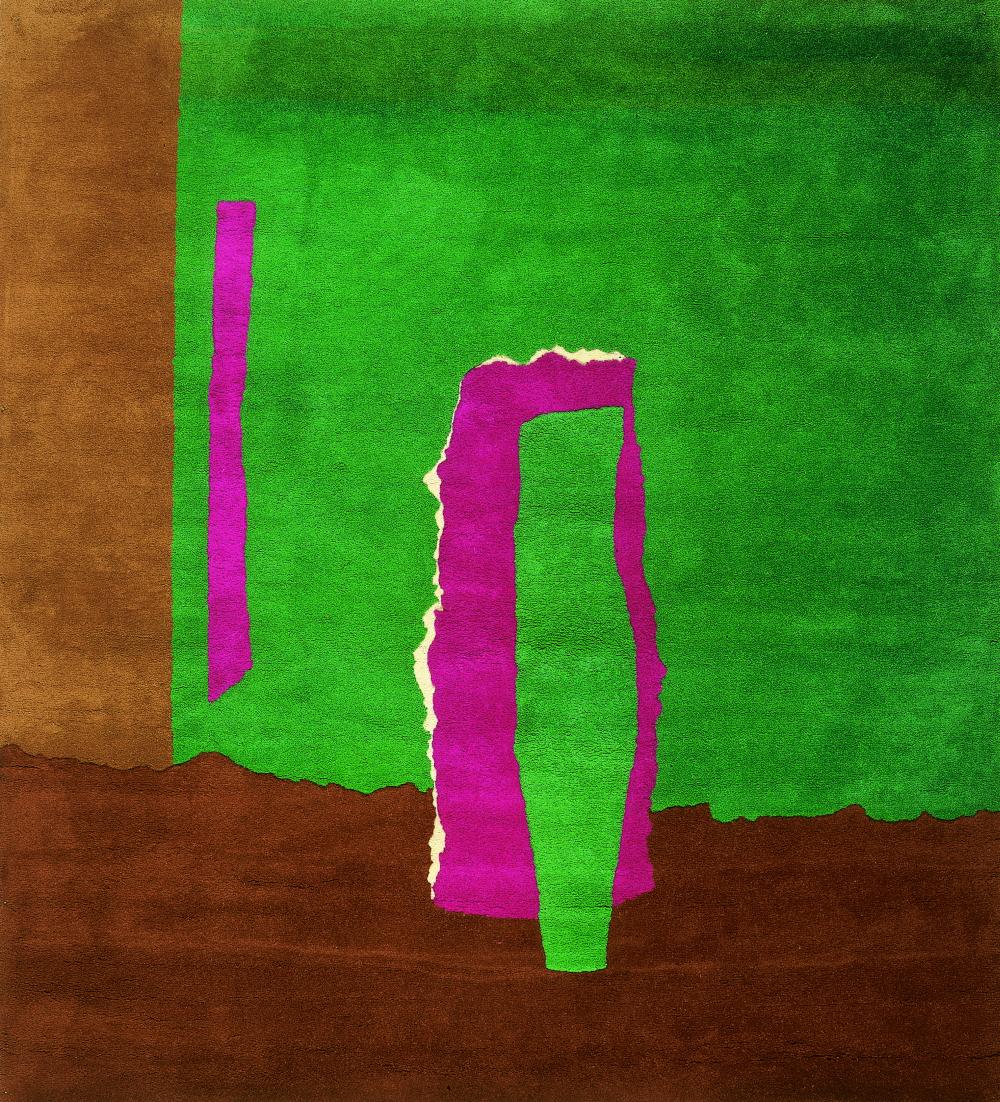 This is only tapestry in the Museum collection. This remarkable work was woven in India under the supervision of Modern Master Tapestries, a New York gallery, which is exclusively dedicated to exhibiting tapestries based on sketches and studies from avant-garde artists of standing, such as Picasso, Miró, Léger, Calder, Arp, Warhol, Stella, Motherwell or Gottlieb among others.
The art of tapestry was reinvented at the beginning of the 20th century, its precedent in Spain being Goya.
During the 1960s, some American artists in the United States, more interested in the treatment of surfaces than in the themes themselves, created original sketches for tapestries introducing innovations to the execution of this type of art and using the poetic language of their time.
A tapestry by Esteban Vicente entitled Tikanga, the whereabouts of which are now unknown, was shown in the American Tapestries exhibition of 1968 organised by the Modern Master Tapestry gallery; Mildred Constantine, a critic from the MoMA design department described it in the catalogue as: “With a lyrical colour palette and a composition of forms that appear alive in their movement, the wool has been made to behave with the same audacity as the paint and it becomes even more expressive since the tapestry was created with different depths and thickness. The freedom of the volumes highlights the poetic image of its design, since it no longer relies on the illusionist qualities of the flat composition”.
Daytime was exhibited again in the Modern Master Tapestries gallery in 1975. The characteristics of the piece are the same as those of the paintings and collages he created during that decade. The vibrancy and intensity of colour, as well as the poetic language coexist with the architectural elements of the structure, of the construction, possibly arising from the minimalist influence. The novelty of the texture of the wool accentuates the taste for the tangibility of the technique used.