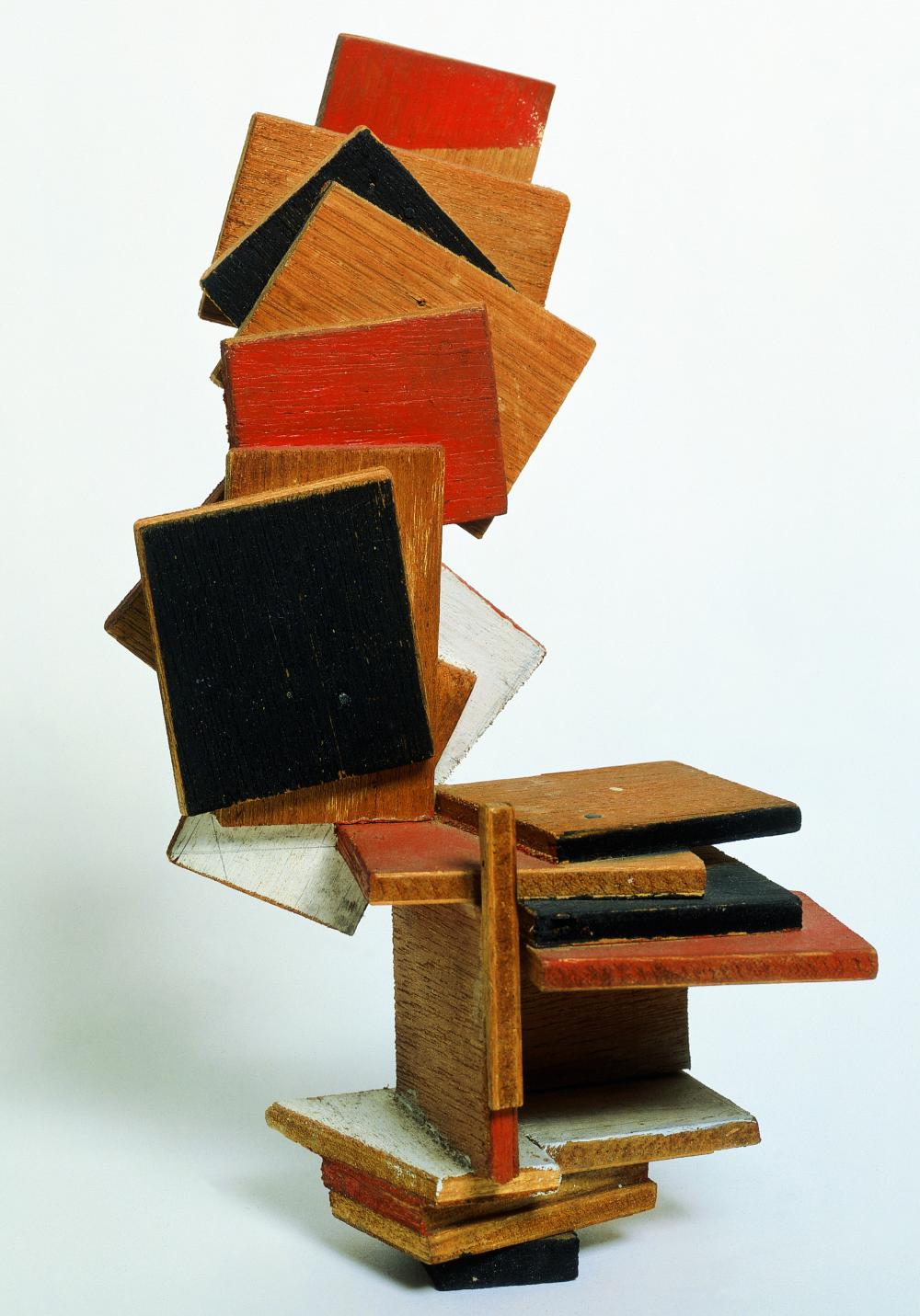 Throughout his life, Esteban Vicente created his famous toys from painted wood. They are small sculptures, in the manner of intimate games. When Vicente worked on these sculptures, he still kept his studio in New York but lived six months of the year in his Long Island home, painting and gardening together with his wife Harriet. They were created between 1968 and 1995, the exact dates are unknown, and give an idea of divertimenti and not of a completed work.
The toys are actual building exercises and experiments revolving around the problems of order, form and colour. It has to be remembered that Vicente’s initial training was as a sculptor. Aspects such as emotion, or the enjoyment of intimacy as opposed to the concentration and effort that his painting required can be seen in his sculpture; his sculptures were a way of playing, he himself referred to them as “divertimenti”, a way of relaxing using the same elements which he used in his painting or his collages and without abandoning his experimentation with the artistic language.
This is a three dimensional collage with a key articulated composition. It is a piece assembled as a sequence of planes, which generates an upwards movement of great dynamism due to the strong contrast in the colours. However, they are not mere accessories or complementary works to painting. On the contrary, they are real sculptures that link to the execution of minimalistic pieces often created by many artists, for example, Schwitters’ collages, or some of the work by Torres García, Miró or Calder. Sculpture was an activity that Esteban Vicente never abandoned